After cycling out of Talsi, I passed through the town of Valdemārpils. 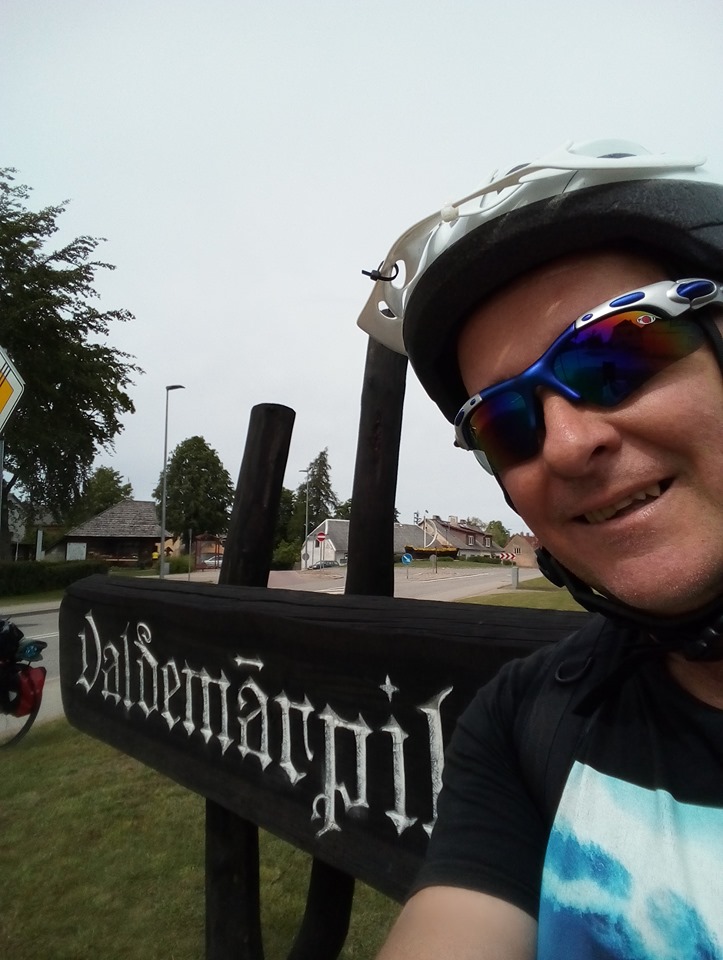 Only passing through Valdemārpils for a short time, I headed off to a place near Lube called Lūrmaņu avots.  It’s a little place inside a forest where spring water pours from rocks in a cliff face.  While I was there, some locals were collecting the spring water in large plastic bottles. 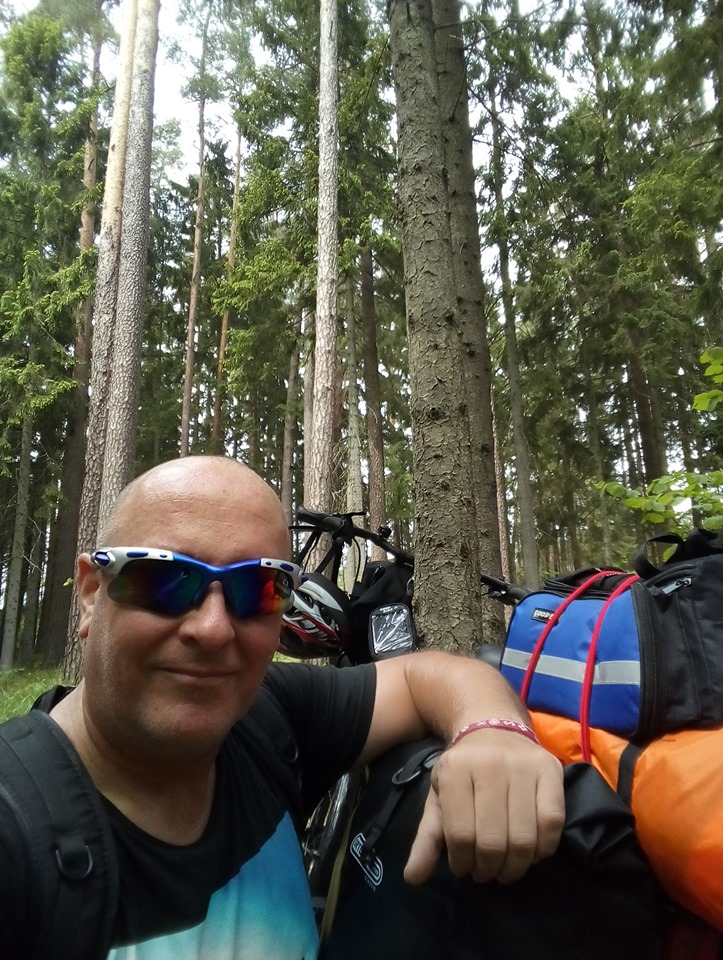 About to get ready for a night of camping in the forest near Lūrmaņu avots.

Camping near the spring was a very serene and tranquil experience.  I had the entire campsite to myself.  So I spent the evening beside a little campfire that I built, having some soup that I prepared on my little hexamine stove and maybe drinking just a little vodka mixed with cranberry juice!  It was a pleasant night with good weather.

The next day, Day 6, I packed up my aluminium horse and peddled off to visit an ancient burial site.  More about that later on.